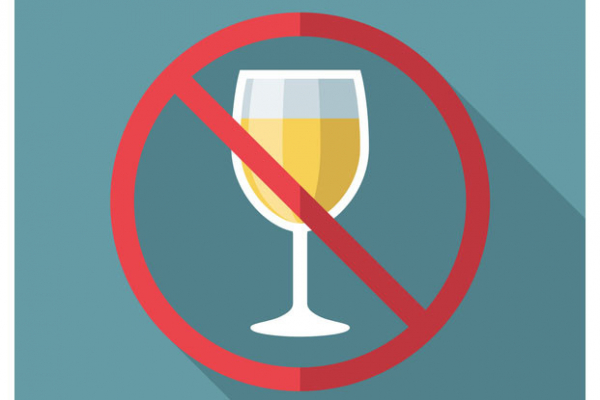 Let’s file this under unsurprising news: many American adults report drinking more since the pandemic began in March 2020, according to a survey on alcohol use in the time of COVID-19. If you’re among them, you might want to start 2022 on a healthy note by joining the millions who abstain from alcohol during Dry January. Your heart, liver, memory, and more could be the better for it.

What did this survey find?

The researchers asked 832 individuals across the US about their alcohol intake over a typical 30-day period. Participants reported drinking alcohol on 12.2 days and consuming almost 27 alcoholic drinks during that time. More than one-third reported engaging in binge drinking (consuming five or more drinks for men and four or more drinks for women in about two hours).

Moreover, nearly two-thirds of the participants said their drinking had increased compared to their consumption rates before COVID. Their reasons? Higher stress, more alcohol availability, and boredom.

But we can’t blame COVID entirely for the recent rise in alcohol consumption. Even before the pandemic, alcohol use among older adults had been trending upward.

If you recognize your own behavior in this survey and wish to cut down on your alcohol intake, or simply want to begin the new year with a clean slate, join in the Dry January challenge by choosing not to drink beer, wine, or spirits for one month. Dry January began in 2012 as a public health initiative from Alcohol Change UK, a British charity. Now millions take part in this health challenge every year.

While drinking a moderate amount of alcohol is associated with health benefits for some people in observational studies, heavier drinking and long-term drinking can increase physical and mental problems, especially among older adults. Heart and liver damage, a higher cancer risk, a weakened immune system, memory issues, and mood disorders are common issues.

Yet, cutting out alcohol for even a month can make a noticeable difference in your health. Regular drinkers who abstained from alcohol for 30 days slept better, had more energy, and lost weight, according to a study in BMJ Open. They also lowered their blood pressure and cholesterol levels and reduced cancer-related proteins in their blood.

Tips for a successful Dry January

A month may seem like a long time, but most people can be successful. Still, you may need assistance to stay dry in January. Here are some tips:

Sugarman recommends people also use Dry January to reflect on their drinking habits. It’s common for people to lose their alcohol cravings and realize drinking need not occupy such an ample space in their lives. If this is you, consider continuing for another 30 days, or just embrace your new attitude toward drinking where it’s an occasional indulgence.

If you struggle during the month, or give up after a week or so, you may need extra help cutting back. An excellent resource is the Rethinking Drinking site created by the National Institute on Alcohol Abuse and Alcoholism (NIAAA). For the record, NIAAA recommends limiting alcohol to two daily drinks or less for men and no more than one drink a day for women.

Dry January can reveal potential alcohol problems, including symptoms of alcohol withdrawal ranging from mild to serious, depending on how much you usually drink. Mild symptoms include anxiety, shaky hands, headache, nausea, vomiting, sweating, and insomnia. Severe symptoms often kick in within two or three days after you stop drinking. They can include hallucinations, delirium, racing heart rate, and fever. "If you suffer alcohol withdrawal symptoms at any time, you should seek immediate medical help," says Sugarman.